Let’s countdown to the biggest night of the school year: Hanoi Academy first fabulous Prom ever! 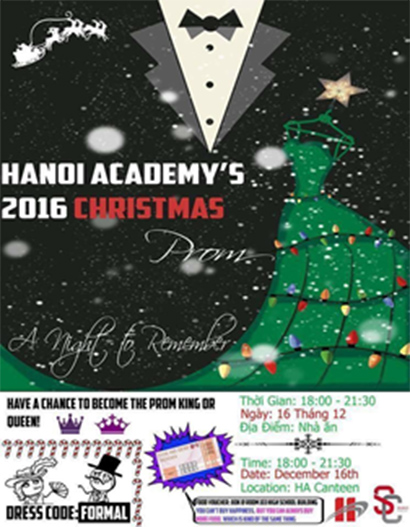 Information poster of the Prom

On 16 December 2016 from 6 pm to 9:30 pm, not only a meaningful but also an unforgettable night is being organized in Hanoi Academy for Secondary, High school students and teachers for the first time ever, the remarkable Christmas Prom. It is an event which is highly expected from every single teacher and student.

Most of the students are really ecstatic and elated about the Prom in general and the King & Queen competition in particular. A couple of students feel quite queasy and confused since a few don’t know what to wear, some don’t have a prom-mate and others even both. We have interviewed a few students and teachers to know their feelings and expectations towards the upcoming Prom. Let’s get started!

Le Thu: “How do you feel about the upcoming Prom?”

Thao Ngoc: “I am super excited because it’s my first time going to Hanoi Academy’s Prom. I’m looking forward to seeing the decorations, the food and last but not least, the King & Queen competition.

Le Thu: “What are your expectations about the Prom?”

Thu Anh: “I really hope that it will be well-organized and memorable. This is the first time the Hanoi Academy Student Council has arranged such an impressive event so I believe all the students and teachers will be empathetic and supportive.”

Le Thu: “What is special about this year’s Prom?”

Ms. Joey: “Hmm many special things… Well the first thing that comes to my mind is the King & Queen competition, which many teachers and students are participating and we also have a DJ this year. It is the first time ever our school Prom is going to be held in the canteen, since it is a very small and cozy place.

Le Thu: “What do you think might be your favourite part of this year’s Prom?”

Gia Bach: “I think it might be the dinner and also the King & Queen competition.”

The preparation is one of the most significant factor that determines the success or failure of the Prom. It is prepared elaborately and carefully, so the Prom surely has high chance of success. The Student Council created a video with the theme which was inspired by the ‘High School Musical’ movie. The video was made with the creativity and competence of the crew and all the students who participate in the Prom, especially us, are eagerly anticipating the upcoming Prom.

The King & Queen competition is being discussed a lot these days. More and more couples or maybe just ‘friends’ are joining in this competition and it is hotter than ever! It is a bit different from any other King & Queen competition, since it is divided into 2 rounds: Voting through Facebook (2/12 – 15/12) and the top 5 couples who have the most votes will be participating in the second round, Catwalk right on the day of the Prom (16/12). Although it is called a ‘competition’, the main purpose of it is just fun, so couples or ‘friends’ who participate in this shouldn’t be too competitive or aggressive. 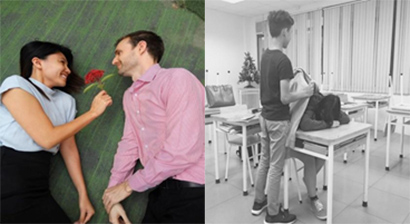 Two of the couples taking  part in the King & Queen competition

The food is going to be prepared by the staff members of Hanoi Academy and this is the part that most students and teachers have been waiting for. There will be both savoury and sweet dishes which provide many different tastes of every single person. The Student Council is now selling dinner vouchers at the price of 80.000 VND, an affordable price for high quality food. Music is one of the most important parts in every event and this year, the Student Council will hire a DJ to lit up the atmosphere of the Prom, everyone is really looking forward to this section. All Secondary and High school teachers and students are invited. Parents and outsiders must buy tickets (110.000 VND/ticket) and register with their full names in order to come in. 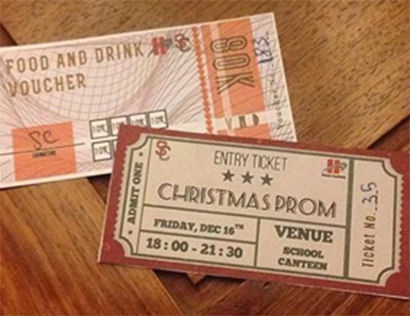 Just like the name of this Prom, ‘Hanoi Academy Prom: A Night to Remember’ we hope you guys will put on your most impressive look and enjoy the night as much as possible to make it an astonishing and memorable one. Remember one thing: Prom is an event where good memories are created so good luck and have fun!