In April, MGL and MGN pupils (Senior kindergarten and Junior kindergarten pupils) looked at the first big science theme related our space in the International program. This theme is rather abstract but is not less exciting for our children. “There are the sun, clouds, rainbow, stars and the moon in the sky” is the answer of almost our little ones when teachers approach the topic with the question “what can you see in the sky?”.  From the warm-up, teachers introduced a new concept of space to the children that provides a simple sight of the cosmos to pupils. 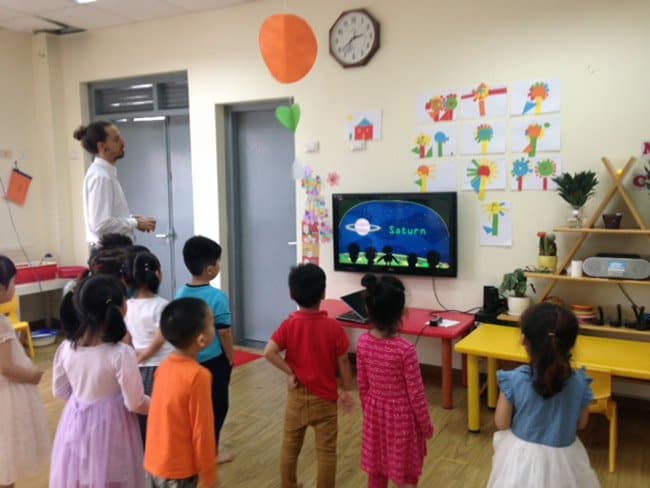 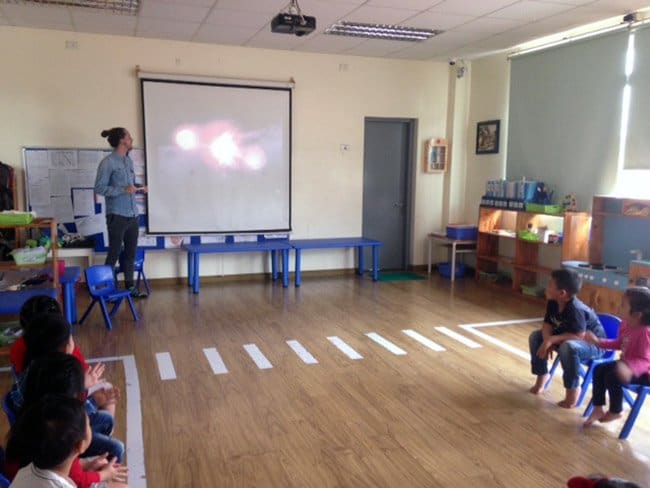 First, pupils discovered our cosmos by a short science film in English. The film was started with the image of a spaceship launching and flying into space, then opened up images of the vast universe, color stars glowing in dark space, fabulous galaxies … For children, all of these images are wonderful and exciting, they could not stop saying words to describe our space in their own way such as “What beautiful stars, I love the blue one”, “it is called Galaxy, right?, it looks like a giant glowing snail …” 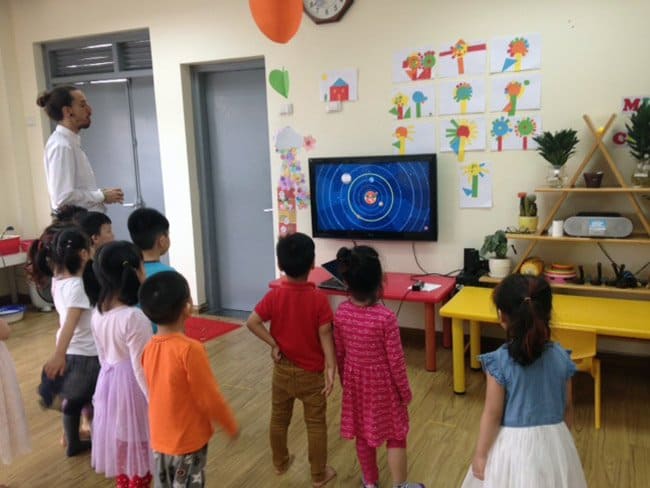 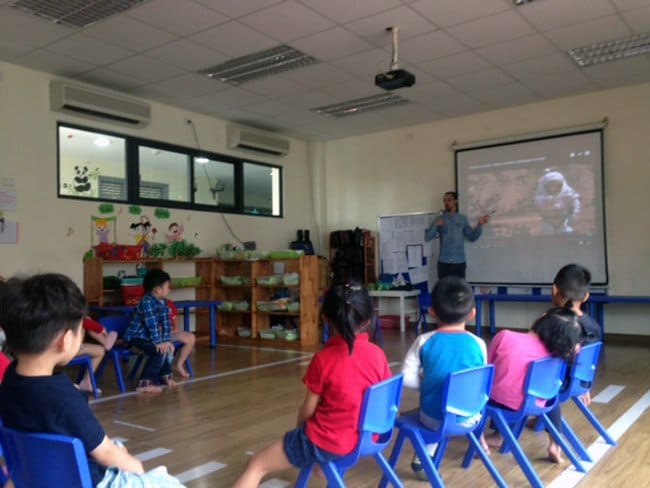 Children were introduced to Solar system, which included eight planets orbiting the big burning star, which is called the sun. Teachers used a projector to show how planets orbit and the positions of each planet, recognizing our earth in the solar system through animated art-clips. 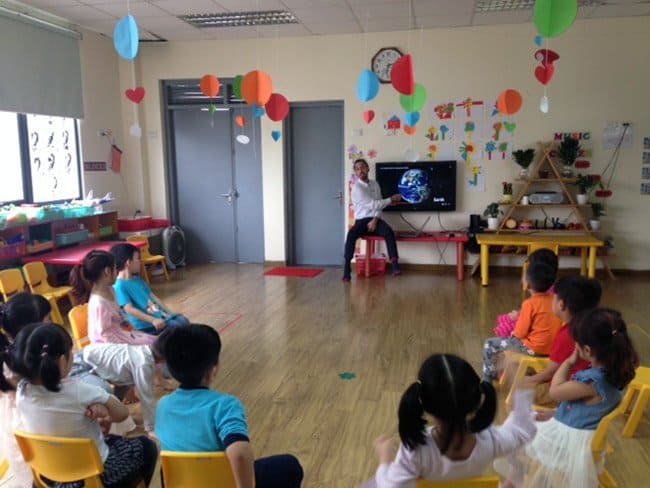 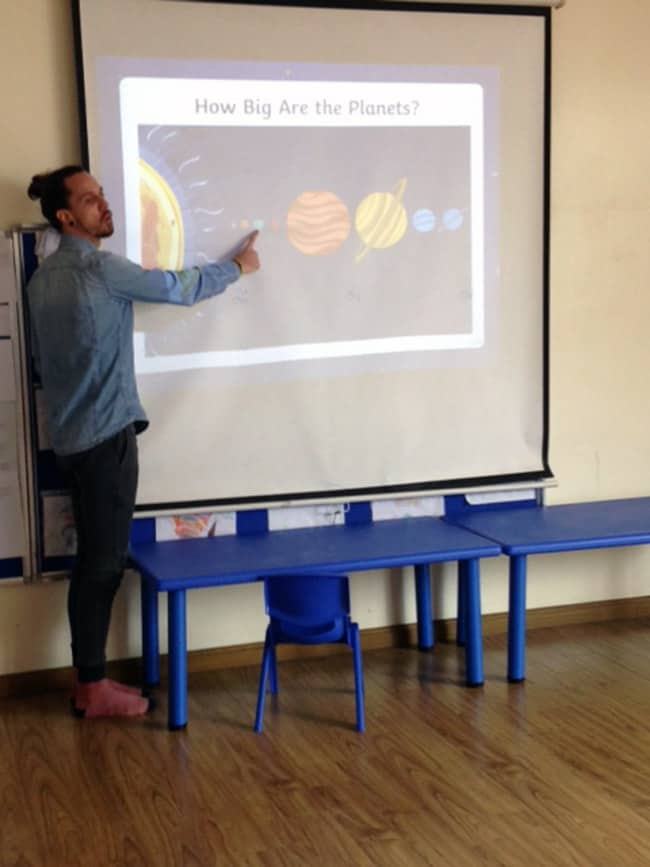 Contextual activities related the topic discovered is an indispensable part of each unit. Following teacher’s instruction, our little ones have finished an art-craft of space in their sense of the children of the universe. 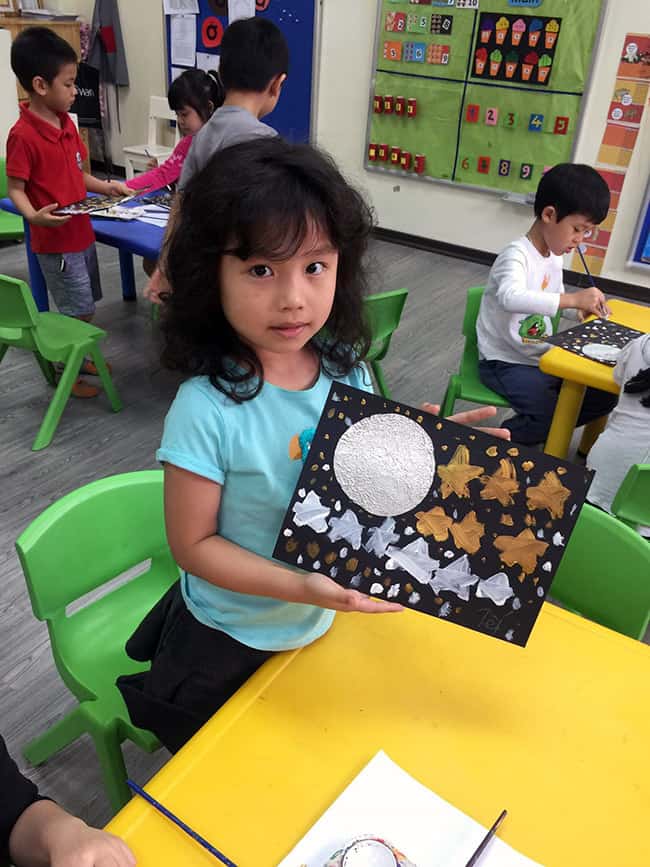 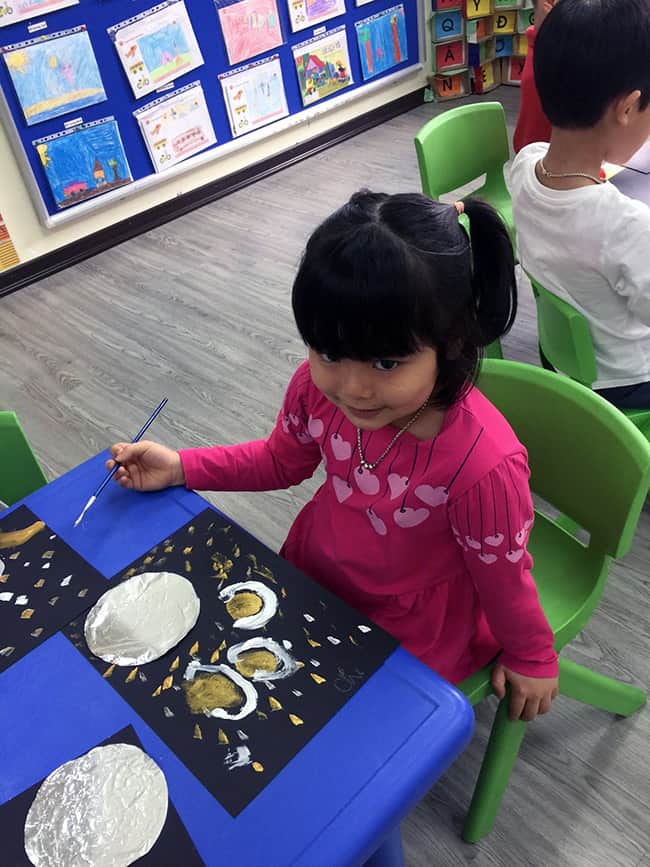 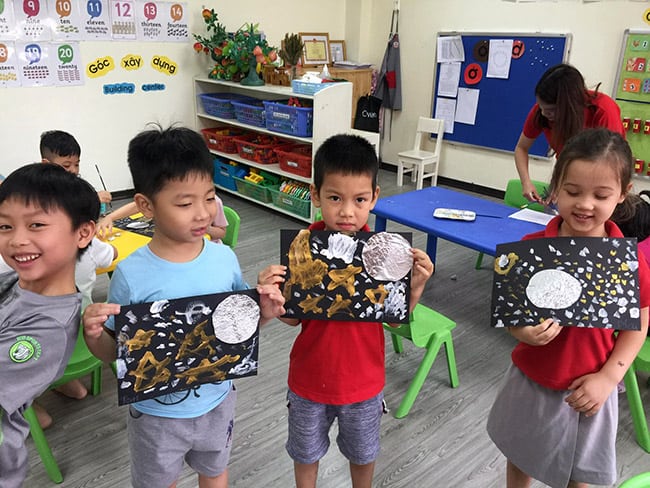 In addition, pupils listened to a story related our topic named “ Back to Earth with a bump”  for club activity that week. That is a cute story about a boy who goes to space on his space bed rocket. 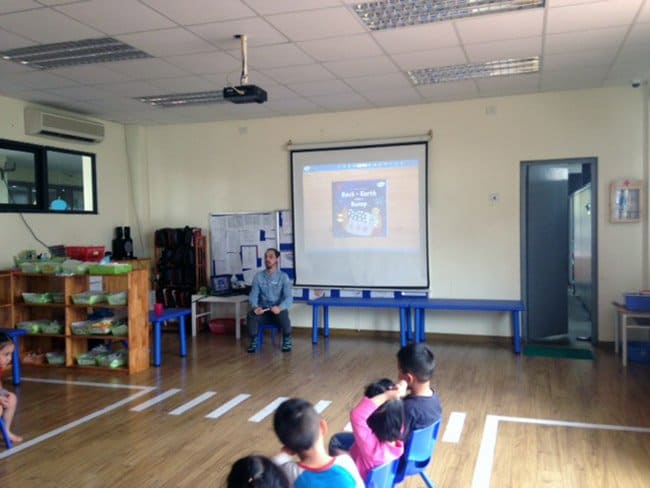 Closing the unit, children can name eight planets in the Solar system, recognized them by the basic characteristics of these ones. And almost all pupils could answer questions such as “What is the smallest planet and the biggest planet in the Solar system?”, “Which of the planets is closest to the Sun?” … In our little children’s mind, universe is not something unknown but it is very shiny, and it looks like a magic.